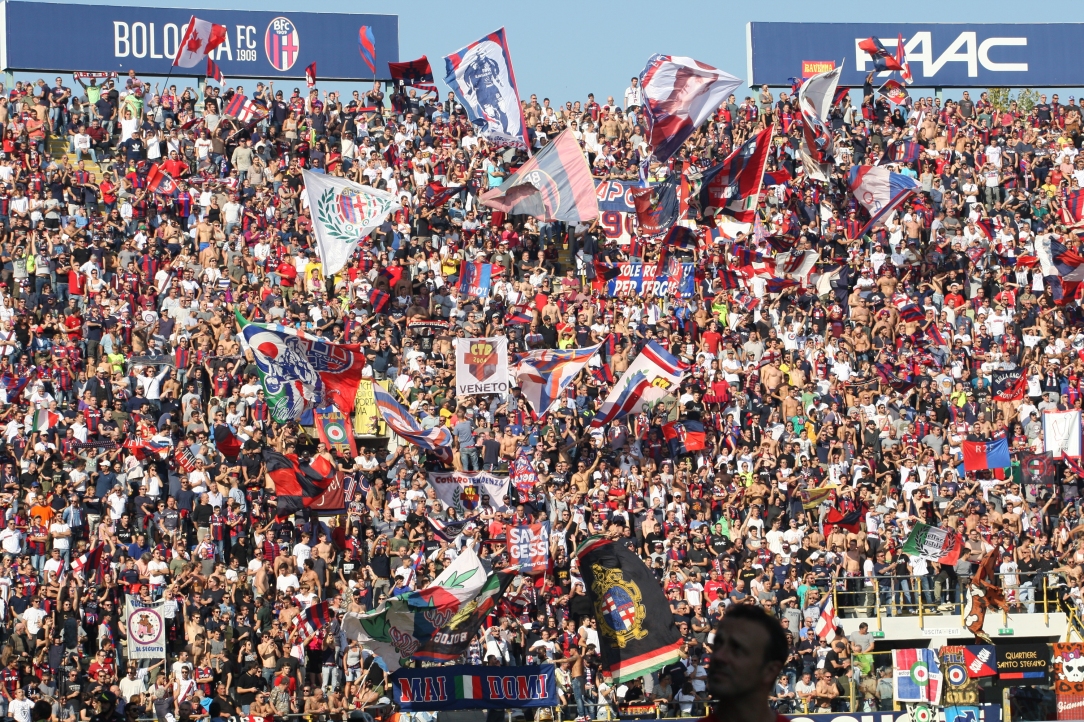 This is the first installment in a monthly series where Sempre Bologna looks back at the month gone by. Here, we’ll summarise each game, pick out any stand-out performances, and look at how Bologna played as a team with a tactical analysis. We’ll also look at any players that may have performed worse than what’s expected of them.

October: Tough fixture list for Bologna as they descend down the table.

Going into the month Bologna were sitting comfortably in 8th place after racking up the points in September. Now that the month has gone by, Bologna is all the way down in 12th place after losing three out of the four games in October. Here is a breakdown of each match the past month:

A game where Bologna were the best team all along saw Bologna take the third consecutive victory with a narrow one-goal win against their rivals from Ferrera. With just 50 km between the two cities, and it being the first game between the two teams for a long time, this game was highly anticipated by fans of both teams. Albeit winning with just the one goal, Bologna really should have put the game to bed earlier, and Spal’s goal about ten minutes before full-time made it a more scary than it should have been. The win was Bologna’s third in a row, establishing them in the top half of the table.

Going into the game in Bergamo, Bologna had a lot of confidence after three consecutive victories against Sassuolo, Genoa and Spal. Atalanta had gotten a poor start to the new campaign, but it was still seen as a tough matchup, as La Dea had been performing quite well in the Europa League. The game failed to live up to its pre-match expectations though, as both teams failed to take good care of the ball. Bologna lacked movement and creativity, and did not create a lot of chances. We also witnessed Giancarlo Gonzalez receiving two yellow cards, and Bologna therefore had to finish the game with ten men on the pitch. Bologna had good control defensively all game, except for one incident which lead to the winning goal.

Going into the match Bologna knew that they needed to improve from the Atalanta game. However, after just four minutes of the game, Lazio took the lead to Milinkovic-Savic. This was the start of a horrible half for Bologna, and just like against Atalanta the passing was terrible, the movement was lacking, and there was no creativity. Lazio dominated the half, scoring their second goal, missing a penalty, and they were unfortunate not to lead by more at the break. However, in the second half things got a lot better for Bologna. Five minutes into the half, Bologna pulled one back after a cross by Ladislav Krejci which Lulic slid into his own goal. Bologna got confidence and played well throughout the entire half. Especially encouraging was the fact that a lot of the fringe-players stepped in and performed well. Bologna pressed a lot towards the end of the game, but without any luck, and the game ended 2-1 to Lazio.

After two straight losses Bologna wanted to set things straight with a good performance against Roma. This they did, with good passing, a lot of movement, and players creating things going forward. Unfortunately, the best defence this year in Serie A proved to hard to crack for Bologna. It was not just going forward that Bologna were good in this game. Roma did not create many chances during the match, and the only goal of the game was quite the finish by El-Shaarawy. One negative from the game is Bologna’s marking on defensive corners, as Roma players several times got the chance to shoot after a corner, with no Bologna player picking the player out. But, overall a very good display by the team. Angelo Da Costa had stepped into goal replacing the injured Mirante, and he was excellent in all his involvements. Most impressive was the two wingers, Simone Verdi and Federico Di Francesco. The former’s dribling was very good, creating a lot of chances for his teammates, while the latter was involved in most of the chances Bologna got. Roma had most of the ball throughout the game, while Bologna defended well and tried to take Roma on the counter. The goal didn’t come for the visitors though, and Roma won by the one goal.

Rodrigo Palacio continued his form from September with a good display against Spal, but then got injured and did not play more. Andrea Poli has settled in very well with the Bologna team, and is starting to become the midfielder Bologna was missing last year. He capped of a good month with his first goal for the club against Spal. Most impressive this month has been Simone Verdi though. He caused a lot of problems both against Spal, Lazio, and Roma, and has also been involved with the Italian national team. If he can keep up the good displays, and add more goals to his name, then he will become one of Bologna’s greates assets. Even though he was not man of the match in any of the games this month, he was still the most consistent and is therefore singled out as Bologna’s best.

Who did we expect more from?

With Rodrigo Palacio out injured after the Spal game, Bologna needed other strikers to perform. However, neither Mattia Destro nor Bruno Petkovic have impressed when given the chance this month, and Destro in particular has disappointed. He started against Lazio without creating much problems for them, and was then benched against Roma. These two players need to perform better if they want to be the first choice striker at the club. Against Crotone, Palacio will be back, and he will most likely go straight back into the team. His smartness and movement is something the other two lack, and the choice is therefore simple for Donadoni to make.

How did the team play?

The win against Spal was well deserved, and Bologna played well overall. After that, a terrible game followed against Atalanta, before just one good half against Lazio. The Roma game was the best performance this month by far. Even though the results have been poor, if Bologna can keep going where they left of against Roma, then they should soon be on their way up the table again.

It has been a trend all season long for Bologna that they up their game when facing the stronger teams. They played very well against Napoli for 60 minutes, and should have led, before Napoli scored several times in the last 30 minutes of the game. Against Inter, Bologna took the lead, and should have led by more before Inter equalized on a questionable penalty late on in the match. This trend continued into October, with Bologna playing well against Lazio, but only in the second half, and against Roma. Part of this trend is also the fact that Bologna have not played at the same level against the weaker teams. Bologna were not playing at the same level as they did against the stronger teams in the games against Spal, Genoa and Sassuolo. If Bologna can find a way to play at the same level in all matches, they will most definitely have a successful season.

Whats next? Looking ahead to November

After some tough fixtures in October Bologna will have it somewhat easier going into November. First, they face of at home against Crotone, before travelling to Verona to play Hellas. The third, and final, game of the month will be versus Sampdoria at the Renato Dall’Ara. A month which on paper should result in good results. This should be a month where Bologna climb a bit higher on the table after the descent in October. Time will tell, and the monthly review will be back when November’s up!