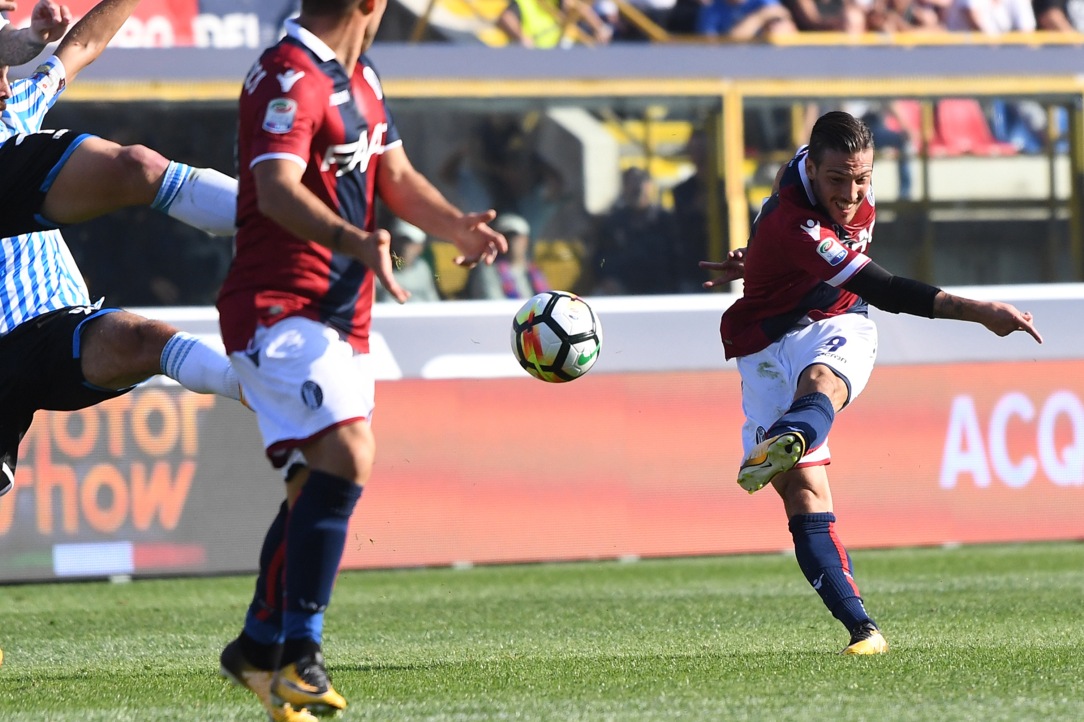 Bologna 2-3 Crotone: Terrible defending as Crotone come from behind to win

After three straight losses this was a game that Bologna had to win, and all seemed bright at the break after Verdi’s two free-kick goals. However, Crotone scored two goals after the break, and secured their first victory away from home this season.

As expected Rodrigo Palacio came back into the lineup after recovering from injury, and Andrea Poli was also ready for the match despite struggling with an injury during the week. In addition to Palacio, both Donsah and Crisetig came into the starting lineup at the expense of the suspended Erick Pulgar and Adam Nagy.

First half:
A tight half between two teams fighting to get something out of it. Bologna builded some pressure from the beginning, with Palacio showing us what Bologna have missed during his time on the sidelines. Both Verdi and Di Francesco started the game very positively, creating trouble for the Crotone defence. Crotone surprisingly with a high pressure during the first fifteen minutes, not allowing Bologna to play out from the back. However, quite easy for Bologna to play through the defence of Crotone in the first half, but did not create any huge chances the first half hour. Da Costa had to make a great save from a Crotone header after 23 minutes. Bologna had a couple of good chances around the half hour mark, but neither Verdi or Di Francesco managed to score. Then, after 38 minutes, Verdi lined up for a freekick from around 20m to the right, and curled it over the wall and into the net. Poli was close to scoring just minutes after, but then Masina lost the ball going forward, and Crotone went straight into attack and Budimir scored with a rebound. Poor by Masina, poor by Crisetig who tackled the ball through to Trotta, and even worse by the defence not picking up the rebound. Bologna shocked by the equalizer, but then received a freekick from the opposite side that Verdi scored from. Verdi took it with his right foot, curled it over the wall and into the goal. Two goals from free kicks, one with each foot. What a player Verdi is.

Second half:
Donadoni made a change at the break, with Krejci replacing Di Francesco, who got a knock just before half-time. Crotone with a good free kick just after the break, Da Costa with a good save. Crotone started the half best with a high pressure. Not a lot happened the first ten minutes of the second half, Crotone very sloppy on the ball, Bologna trying to control the ball. Bologna seemed comfortable defending their one-goal lead, letting Crotone keep the ball without much pressing. &5′ Krafth handball, VAR decided penalty, and Trotta scored. Bologna paid the price for letting Crotone control the game, should not have been happy to defend the lead. 70′ Crotone scores yet again, terrible defending by Bologna, Budimir again. 72′ Destro in for Donsah. Bologna better now than before the two goals, trying to press Crotone back towards their goal. 78′ Falletti replaces Masina.  84′ yellow for Gonzalez after a good tackle on Budimir. Crotone with a high press the last 10 minutes, not allowing Bologna much space in Crotone’s half. Bologna not able to create any chances the last 5+ minutes.

What we learned:
Bologna’s defence was shocking throughout the game. All goals should have been avoided, but the defending was terrible. On the first goal the whole defence was terrible, from Masina losing the ball, and the rest of the defence sleeping on the rebound. Krafth really should have avoided the hand-ball on the penalty, while the whole team was sleeping on Crotone’s third goal. But what was really shocking was the response by the team after Crotone’s second and third goal Conceding two in just a couple of minutes is unforgiving, but they did not create anything after going behind. The only positive from the second half was that Verdi kept doing his stuff, creating some problems for Crotone’s defence. However, none of his teammates managed to get on the end of Verdi’s passes, which was disappointing. This was the match where the team would end the run of three straight losses, but that did not happen. After the game Donadoni talked about the loss, saying:

You can’t concede three goals like that in a match you were controlling. Crotone had three chances and scored three. We attacked a lot but we need to be more clinical in front of goal.

Spot on there from Donadoni, as Crotone did not really have that many chances. The defending was horrid on the three goals, and this needs to be fixed before the next game.

Bologna continued their abysmal performances against the lesser teams, with a terrible performance, in particular in the second half. The first half was good, and Simone Verdi’s two goals were excellent, despite the fact that the keeper probably should have done better on both. Di Francesco was also good in the first half, but was injured just before our second goal, and was substituted at the break for Krejci. With over 60% of the possession, it is quite remarkable that Bologna let Crotone come into the match, but after the break at 2-1, it seemed like Bologna were quite happy to sit back and let Crotone have the ball. This is very dangerous to do with just the one-goal lead, and it proved costly. Donadoni also talked about Verdi after the game, saying:

Away from the set pieces, Verdi needs to and can do more.

I thought Verdi had a very good game, as he created a lot of chances for his teammates. Towards the end of the game however, it did not seem as the other attacking players went 100% in for the equalizer, as no one got to the end of Verdi’s passes/crosses. However, Verdi need to improve, as he need to create more clear-cut chances.

Positives:
– Simone Verdi was very good throughout the game, scoring two great goals (see: best rossoblù).
– Federico Di Francesco was also quite good during the 45 minutes he played.
– It was also evident how much Bologna have missed Palacio up front. He was very good, especially in the first half, as he caused a lot of trouble for the Crotone defence.

Negatives:
– Bologna’s defending was terrible during the entire match, and was the reason for Bologna losing their fourth match on the bounce. This needs to be addressed before the next game if Bologna are to end their current form. With over 60% of the possession, Bologna really should have gotten something out if this game.
– Bologna continued their abysmal performances against the lower-half teams, and if they don’t change this, then a new loss will come after the international break against Verona.
– The fact that Bologna in the second half, when leading, seemed extremely happy just to sit back and let Crotone control the game. This proved costly, and should not have been done with just the one-goal lead.

Best Rossoblù:
Simone Verdi: What a player. Just as good with both feet, he really stepped up when Bologna needed him in this game. He was the only player who played well for the entire match, and his two goals was the icing on the cake.

What’s next?
The next game is against Hellas Verona after the international break. That means Donadoni gets a lot of time to find out what went wrong in this match. Some of the players will be away on international duty, but most will stay at the club. Verona is a must-win game, if not Bologna will be in some trouble. However, there is still no crisis, even with four losses on the bounce. If Udinese wins this weekend we’ll go down to 13th, which is better than how we finished last season. The only thing that matters now is to learn from the loss, not dwell on it, and most importantly, win against Hellas Verona after the international break.

Bonus:
The Bologna fans. Great atmosphere during the game, and nice touch applauding Crotone at the end of the game.