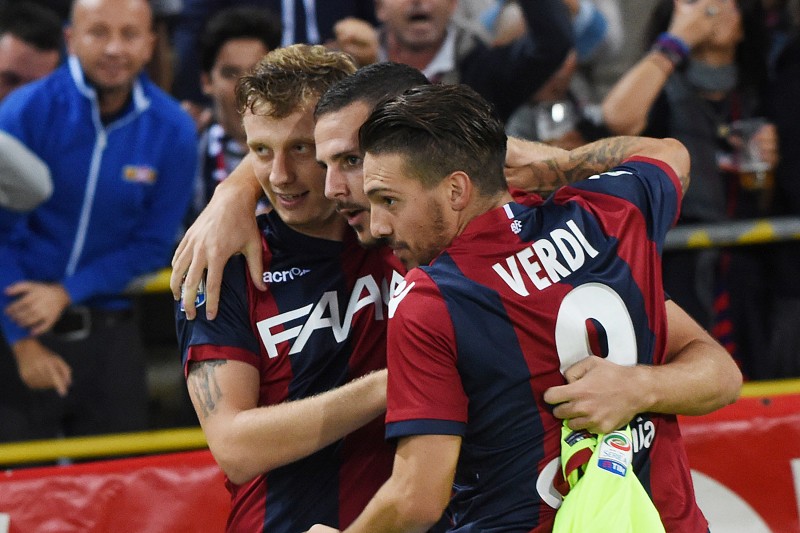 After a terrible run of four defeats in a row, Bologna are in desperate need of a win against Verona this evening.

Going into the game both teams have four losses in a row. Therefore, both teams need a win to end their current form, and start climbing up the table. Bologna’s four losses have sent them down the table to 13th, but only four points are between them and Torino in 8th before this game. A win will send Bologna up to 10th, only two points behind Milan in 7th. The loss against Crotone last round was really disappointing, as that was the game were Bologna should have gotten back to winning ways. Anyway, that game is now in the past, and all focus should be on Verona. Donadoni talked about the importance of the game to both teams, saying:

We’re returning to the pitch for a match which is delicate for both sides. It will have to be approached with aggression.

Two days ago we published an article on Hellas Verona’s season. Check it out to get a better idea of how the season thus far has looked for Hellas Verona, as well what their best players are. Their season has gone just as many anticipated, as they are currently in 19th, and have only one win to their name. But, safety is only four points ahead in the form of Spal, and their season is therefore very much alive. Donadoni has been talking about how to approach the game, and he said:

We have to be good at moving as a team. The midfielders have to make it so that the wingers don’t have to drop back into defence too much. It’s key that we push ten metres higher up and are able to stay in the final third.

Good to know that Donadoni wants the team to push higher up the field, and that he is approaching the game in an attacking way. Bologna has got the better team, and it’s therefore natural that Donadoni wants to attack. It’s also very interesting to hear his comments on Bologna’s wingers, as he does not want them to contribute as much in defence as they’ve done earlier this season. This will put more responsibility on the midfield trio and the defence, but if it works then Verdi/Palacio can get more opportunities to create chances. However, if this approach leaves the team vulnerable in defence, then the coach will have to make the wingers contribute more in defence.

I wrote the exact same thing in the preview to the Crotone game, but I am expecting a win against Verona. Four defeats in a row should end Monday evening, because Bologna has got the better team. If Bologna play as well as they can, then Verona should be no match.

Since the Crotone game there have been some news regarding injuries and suspensions. First of all, Erick Pulgar has finished his one-game suspension, and is ready to step back into the team. Antonio Mirante is back in training, and he is expected to start. Federico Di Francesco got injured against Crotone, and he is expected to be replaced by Mattia Destro. Big chance for the striker to get his first goal of the season. There are some players that are a doubt, as Giancarlo Gonzalez and Emil Krafth have been away with their nations. Their involvement in the game will be considered closer to the game, but Gonzalez is expected to start. Donadoni also talked about players returning to the line-up, as he mentioned Destro, saying:

I’ve seen a greatly improved Destro. I’ve liked what I saw, now we’ll see what his contribution will be.

This evening around 11pm, Bologna should have 17 points, and they should be a bit higher in the table. However, no game in the Serie A is won beforehand, and Bologna need to perform to get the win. As per usual against the lower half teams, Bologna will most likely have most of the possession, and Verona will probably get their chances on the counterattack. Therefore, Bologna will need to defend much better against this than what they did against Crotone. Crotone did not have that many chances during the game, but when they did, Bologna defended terribly. A front three of Palacio, Destro and Verdi should have more than enough quality to create trouble for the Verona defence.