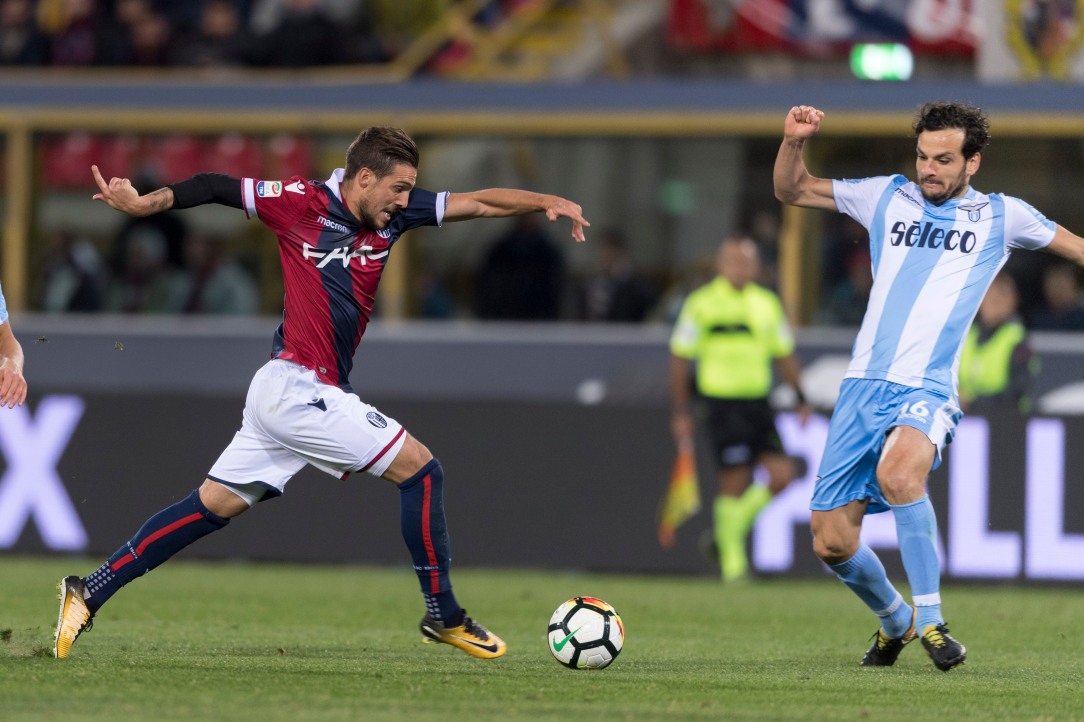 Bologna got back to winning ways with a thumping win against Benevento. Here is our review:

Bologna got back to winning ways with a thumping 3-0 win versus Benevento. Verdi kept going were the left off before the winter break, and got himself three assists. Dzemaili capped off an excellent first game for the club with a goal towards the end. Bologna stay in 12th after the win, but with Torino, Atalanta and Fiorentina dropping points, the distance up to 7th has been reduced to only three points.

Roberto Donadoni made several changes from the abysmal performance versus Torino. Out went Giancarlo Gonzalez and Filip Helander, with Domenico Maietta and Sebastien De Maio in to form the central defence. Erick Pulgar’s recent illness meant that he had to watch the game from the sidelines, with Blerim Dzemaili in for his first game after returning to the club. Godfred Donsah also came back into the team at the expense of Federico Di Francesco. The last change was Adam Masina in for Emil Krafth, which meant three new defenders from the loss against Torino.

First half: Verdi got a huge chance after just a minute was played, but his header was saved by the goalkeeper. Benevento were closest to taking the lead with a shot that went off the post after seven minutes. The away-side started the match off very confidently, not at all surprising given their recent upswing in form.

Bologna struggled to take control of the game in the first half as a recurring theme was their inability to put passes together. But, despite this Bologna took the lead after 35 minutes. Bologna got a free kick midway into Benevento’s half. Verdi swung it into the box, and Mattia Destro met it with an emphatic leg-finish, leaving Belec no chance of saving it.

Antonio Mirante made a very important save minutes before the break when he got hold of the ball just in front of a Benevento player inside the box. Benevento got a chance on the counter moments later, but Dzemaili made a great, cynical foul to stop the counter attack.

Second half: Bologna started the second half off way better than the first, but no chances fell for either team the first fifteen minutes of the half. The away-side then got the first chance of the half, with Massimo Coda receiving the ball at the far post on a corner, but the striker was unable to control the ball and the chance fell to nothing.

Bologna were the most dangerous team in second half, but they weren’t able to double their lead. Then, after 75 minutes, 2-0 came the same way 1-0 came about. Bologna got a free kick from the left-hand side, midway into Benevento’s half. Verdi (who else) swung it into the box, and De Maio was there to finish it off from close range with his right foot. Offside claims were made, and the referee subsequently used VAR to review the goal, but the goal stood as the defender was in an onside position when the ball was swung in.

Verdi could have capped off an excellent performance after 83 minutes when a brilliant pass found him at the edge of the area. The attacker dribbled past his defender, but his curled shot went just outside the post.

Benevento got a huge chance to pull one back just minutes from full-time, but the header from a great cross was saved by Mirante.

But Bologna were not satisfied with a two goal win. Benevento tried everything to get one back, which left quite the bit of space for Bologna on the counter. Dzemaili advanced forward with the ball at his feet (after a Verdi pass), with no Benevento players willing to put pressure on the midfielder. He then shot from just outside the box, and the ball curled beautifully past the goalkeeper.

Mirante impressed today after struggling for some time lately. I’ve been calling out for

Bologna to start the search for a new GK, as Mirante has been sub-par of late. Today, he proved how good of a GK he is. His passing was excellent, and he made several decisive saves. What impressed me the most was his decision-making throughout the game. This has been my main argument against him, that he often makes the wrong decisions inside the box, for instance when to come out to take the ball. Today, however, everything he did was to the point, and he was a vital part in securing three points.

The inclusion of Maietta puzzled me, but he performed quite impressively.

Donadoni’s choice to change Helander and Gonzalez for De Maio and Maietta paid off, and the latter was excellent throughout the entire match. His greatest strength’s are his ability to read play and intercept the opponent, as well as being able to break the lines with his own passes. The acquisitions of Gonzalez and De Maio, as well as Helander playing quite well this season has made Maietta fall down the pecking order, but he showed today that he still has got a lot to offer Bologna. Given the performance today, he should be starting the next game as well. Is it a coincidence that the victory today as well as the 3-0 victory against Sampdoria in November were both played with De Maio and Maietta in central defence?

The overall performance by the team is something to build on going forward. The first half was not that good, despite leading at the break, but the second was one of the better by Bologna for quite some time. They were strong at the back, denying Benevento space, while the attack was very fluid which caused a lot of trouble for the away-side. Verdi was the pick of the bunch, but Palacio was also excellent with his close-control and work-rate, whilst Destro worked hard throughout the match and got himself a well-taken goal. The midfield functioned much better than it has done for a long time, perhaps because of the return of Dzemaili. Also interesting to see that Benevento had most of the possession during the match (48/52). Bologna have struggled this season when having a lot of possession, and they’ve often had a lot of it against the teams in the lower half of the table. Are we seeing a change in vision from Donadoni? Anyway, the win should give the team some confidence going forward, and if they can build on this going forward we’ll probably see them start their ascent up the table.

Dzemaili capped off an excellent performance with a late goal, and his return has therefore already been positive for Bologna. To have him back in the team will definitely strengthen Bologna towards the back-end of the season, and if he keeps on playing like today then he is a definite starter.

Simone Verdi: Another Bologna game, another man of the match performance by Verdi. Napoli must be fuming that he declined them when he performs like this. He was unplayable throughout the ninety minutes as he was involved in everything Bologna did going forward. Three assists, and unlucky not to get a goal to his name. He is definitely among Serie A’s best players at the moment.

Maietta going all Cristiano Ronaldo with several step-overs around the 50th minute down by Benevento’s corner flag, winning a free-kick, and leaving the Benevento players furious. Keep it going Mimmo!

The next match is next Sunday away to Napoli. Definitely one of the toughest games of the season, but nevertheless a game where we can hope for a good performance. If the team perform like they did in the second half today, a positive result is achievable.