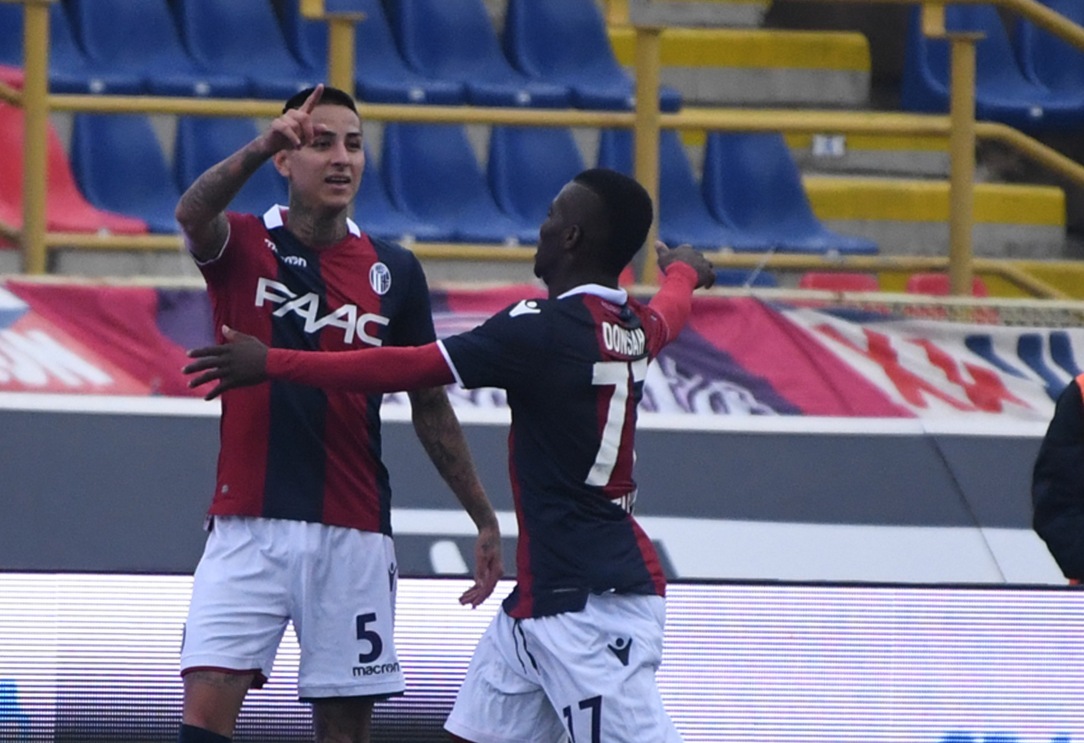 Bad passing made it difficult for Bologna to threaten Fiorentina. Here is our review of the game.

Bologna lost against Fiorentina Sunday afternoon. The first half saw both teams score directly from a corner, but in the second Bologna struggled to cause any problems for the away-side. Sloppy passing was yet again a problem for Bologna, which must be fixed going forward.

Roberto Donadoni made two changes from the loss against Napoli last weekend. Mattia Destro returned to the side at the expense of Federico Di Francesco, whilst the injured Simone Verdi was replaced by Godfred Donsah.

First half: Not much was between the two sides in the first half, as they fought to win possession. Neither managed to take advantage of the chances they got the first 40 minutes, but then everything went a bit crazy.

Fiorentina got a corner after 41 minutes, which Jordan Veretout sent directly into Antonio Mirante’s goal. A couple of minutes later, Destro forced a great save from Marco Sportiello, and won a corner.

Erick Pulgar took the corner, and, as Veretout did moments before, sent it directly into the goal.

Second half: The second half started off with Mirante making a great interception just in front of Giovanni Simeone, denying him the chance to finish. In contrast to the first half, Bologna were extremely sloppy with the ball right from the get-go, which made it easy for Fiorentina to dominate the half.

No chances came of this the first 25 minutes of the half. Riccardo Orsolini came on for the last twenty minutes, and right away sent in a brilliant cross, but neither Donsah nor Palacio managed to get on the end of it.

Then, Fiorentina took the lead through a brilliant solo goal by Federico Chiesa. He got the ball on the right hand side, dribbled past a couple of Bologna defenders, before his shot left Mirante standing no chance.

Donadoni tried to change things with putting on Felipe Avenatti for Andrea Poli, but the sloppy passing by the entire team resulted in no chances for Bologna the last fifteen minutes of the game. 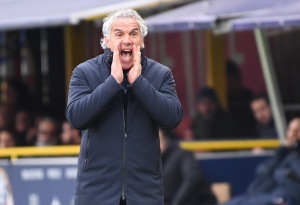 second half. The first half was decent by the team, something which could have been built on going into the last 45 minutes. However, almost every player misplaced the easiest of passes, and the result was that Fiorentina defended with ease. The last fifteen minutes saw players like Filip Helander and Sebastien De Maio give the ball away, which denied Bologna the chance to create anything. Sloppy passing has been a recurrent theme for Bologna earlier in the season, but in the last couple of games it has been a bit better. For then to return to this kind of carelessness is strange, and something which Donadoni must work on up until the next game. The misplaced passes were not the result of a high, aggressive press from Fiorentina, and the players have therefore got no excuse for this kind of performance.

Bologna lacked conviction and accuracy going forward. This has got a lot to do with the previous problem, sloppy passing. Since the Bologna players constantly gave the ball away, they did not get to build up attacks. But, the few times in the second half that the ball got further up the pitch, most players lacked any real conviction in what they were doing, and Fiorentina subsequently won the ball back.

Verdi was sorely missed in the game. His numbers speak for themselves, and that he was missed should not come as a surprise. However, Bologna should have performed better even though the main man is out injured. With all the attacking power Donadoni had out on the field, to never threaten the opponent is very worrying. Verdi will probably be out for the remainder of the month, and with big must-win games coming up against the like of Spal, Genoa and Sassuolo (after Inter), the rest of the team need to find a way to function without him.

Orsolini’s cameo was positive. The new signing came on for the last twenty minutes or so, and he created several half-chances despite the rest of the team having a bad day at the office. He worked hard, won the ball a couple of times, and caused problems on Fiorentina’s left-hand side. Although he misplaced a few passes, his first appearance in the red and blue shirt was quite positive.

Adam Masina: On a day where few players impressed, the left-back was good at most of the things he tried. He was good with the ball at his feet, advancing forward along the left-hand side, he won several headers, and rarely misplaced any passes in contrast to many of his team mates. His performance wasn’t top-notch, but Masina is our pick for the best performance against Fiorentina. Very positive from the Italian, as he has been struggling of late.

The next match is away at Inter next Sunday. On paper a very tough game, but they have been struggling for quite some time now, and given this, Bologna could achieve a positive result. But, for this to happen, the performance has got to be much better than against Fiorentina. Passing must be improved, the team must be more aggressive in defence, as well as find a way to cause problems for the opposition defence without Verdi.