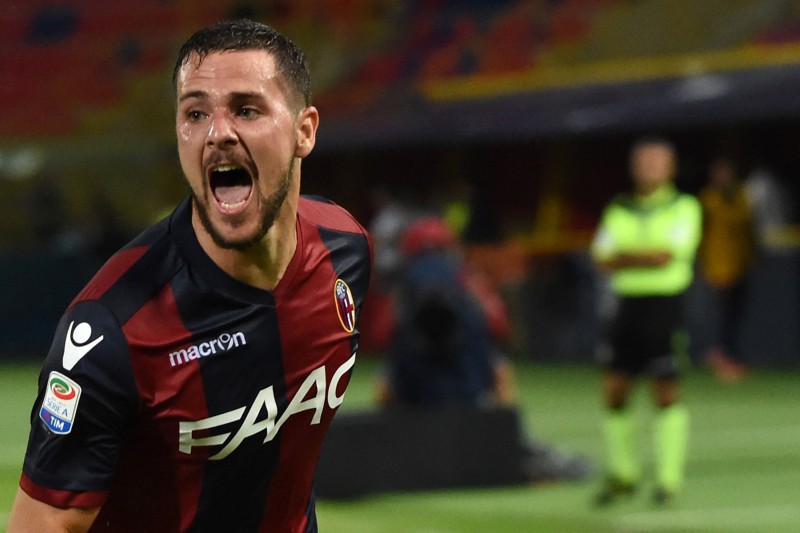 The agent of Mattia Destro has denied suggestions that his client is unprofessional.

It’s no secret that this season has been tough on Mattia Destro. He has been in and out of the team several times, and now he seems to be out of the team again. Rodrigo Palacio started as the main striker against Inter, and as Bologna were chasing the equalizer towards the end of the game, Roberto Donadoni opted for César Falletti and Felipe Avenatti instead of the former Roma striker.

During his pre-game press conferance, Donadoni talked about the need for players to show the right amount of determination, hunger, and desire. He went on to talk about Destro, saying that he

must be convinced and determined. When he manages to have this intensity, then he will be a top striker.

Donadoni then went on to say that the players that show desire and determination will have the edge over anyone who do not show it, using new boy Riccardo Orsolini as a positive example.

These comments are very interesting. It isn’t the first time the coach has talked about the players’ desire this season, and it will be very interesting to see who Donadoni will choose to start against Sassuolo at the weekend, as Palacio is suspended.

Adding to the controversy, the agent of Destro has gone out to talk about the current issues that the striker is facing, saying the following to Gianluca Di Marzio,

The truth is that nothing happened and that we want to understand why this is taking place, Mattia lacks intensity and determination in practice? This is where I draw a line. The manager can make his choices and he has no issues with that. But the manager cannot attack Mattia’s professionalism

It’s not surprising that the agent of a player is defending his client. It will be very interesting to see how this develops towards the end of the season. Since the striker arrived in 2015, he hasn’t really done what was anticipated of him, although that is not only on him. The team has not really functioned well at times, and it is not easy for a striker to play in front of a, at times, dysfunctional team.

However, with the recent controversies in mind, and the fact that Destro’s agent has confirmed that there were several offers for Destro in January from abroad, his future is very much up in the air, and it wouldn’t surprise me if he were to leave in the summer.

2 comments on “Comments by Destro’s agent”