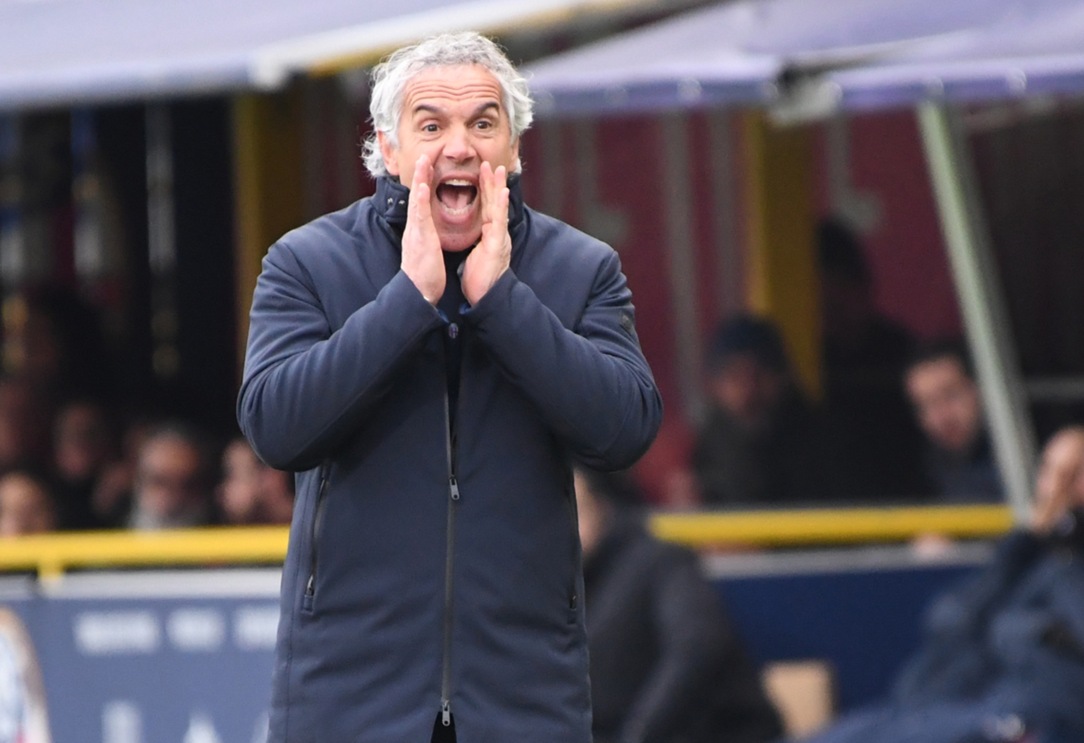 Bologna lost against Udinese in the last game of the season, thus failing to win any of their last six games. With only four wins after New Year, Bologna fell down the table and finished the season in 15th. Questions need to be asked whether Roberto Donadoni is the right man for the job come next season. Here is our review.

As per usual, to guess Donadoni’s line-up is no easy task, and for this game he changed formation yet again. With a return to 3-5-2, Vasilis Torosidis and Simone Romagnoli formed the central defence alongside Sebastien De Maio, whilst Adam Masina and Riccardo Orsolini were the wing backs of the day. The midfield-three was composed of Lorenzo Crisetig, Andrea Poli and Blerim Dzemaili, whilst Felipe Avenatti and Simone Verdi started up front. There was also a rare start for Angelo Da Costa in goal.

Defensive vulnerability was one of the biggest issues of this game. Time and time again, Udinese played their way through Bologna’s midfield and defence with ease. Erick Pulgar was clearly missed in the middle of the park, but the performance cannot be put on him being injured. The Pulgar-shaped hole in the midfield was not filled by Criestig, who struggled throughout the game, both with regards to the tempo as well as with passing the ball. The clear lack of pace in Bologna’s defence was also a factor. Kevin Lasagna terrorized them with his blistering pace, and the likes of De Maio and Torosidis struggled to cope with him. The defence is perhaps the biggest issue for Bologna at the moment, and an area which needs strengthening this summer.

The injury problems at the club are a concern. Several times during the game, the camera focused on some Bologna players in the stands. Giancarlo Gonzalez, Filip Helander, Erick Pulgar, Mattia Destro and Rodrigo Palacio were all sitting there, watching from afar. Each and every one of them, perhaps besides Destro, would have started this game if fit. As Bologna have only had Serie A to focus on, as they exited Coppa Italia in August, they have not had to worry as much about squad fatigue. All of the aforementioned injuries are a definite concern, as the team is weakened considerably by them. Bologna have had a lot of injuries for some time now, and this should be reviewed before next season, as it simply cannot continue.

Four wins, three draws and twelve losses. That is Bologna’s results from January until the end of the season. In contrast, before the turn of the year, Bologna won seven, drew three and lost nine. The strong autumn set the tone for the season, and they could have ended up in the upper half of the table if that form had continued. The bad run of form in the second half of the season is quite remarkable, and as the season will be review by the likes of Riccardo Bigon and Joey Saputo, questions will definitely be asked of Donadoni. Since he arrived in 2015, Bologna have finished each season with fewer points than the last, and even though they were never in any real threat of going down, they ended up only four points above relegation. For a club with an ambitous owner like Saputo, that is not good enough.

Simone Verdi: The game was not the best from a Bologna point of view, and Verdi can do better, but he was still his team’s best player. He was involved in pretty much everything going forward, and should have scored when he got a huge chance inside the box, but he blasted his volley way over. Still, he is our pick for man of the match.

The season is finally finished, and we can start to look forward to the next. In the next couple of weeks, Sempre Bologna will publish our review of the season in several parts. We’ll review the first half of the season, then the second half, and we’ll also do a piece on our picks for the best player of the season, best young player, best new player, and a few others as well, so stay tuned for that.

What did you think of the match? Who was your man of the match? Are you satisfied with Bologna’s season? Let us know in the comments below!