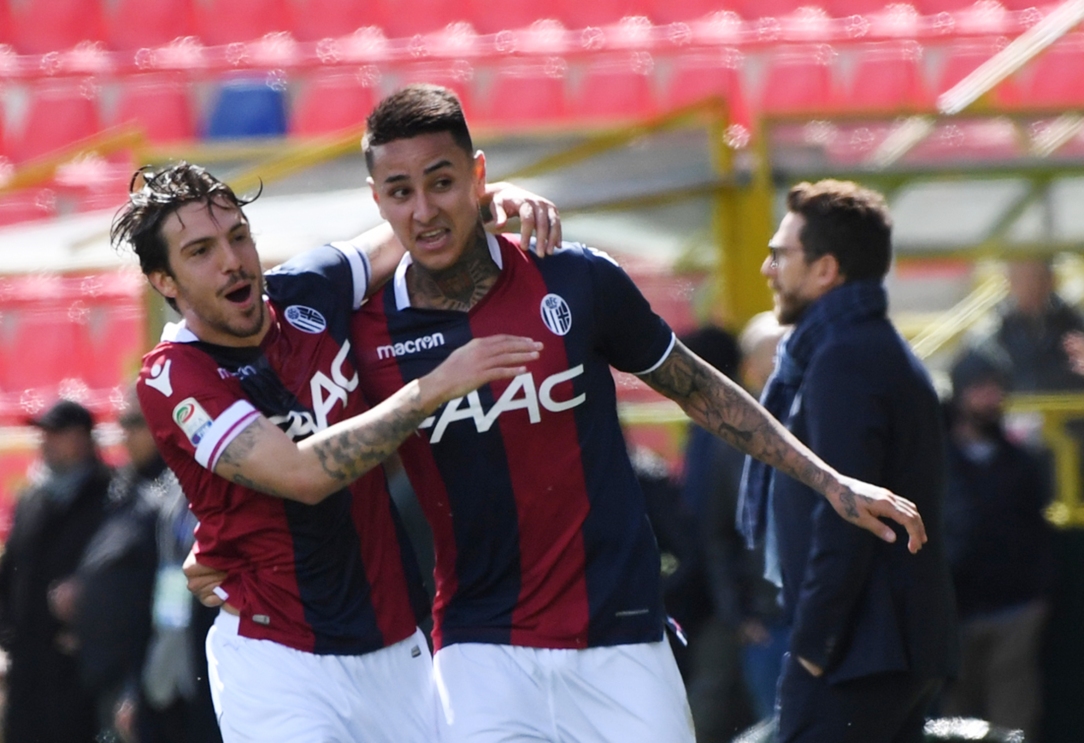 As the season has finished, Sempre Bologna will provide you with our awards for several outstanding performances. The awards are best player, best young player, best signing, most improved player, best match and best goal. Without further ado, here they are:

The award for player of the season could not go to anyone else than the brilliant Simone Verdi. His numbers speak for themselves. 10 goals and 10 assists for the team that finished in 15th. The numbers are quite remarkable, but his importance to the team goes beyond his goals and assists. He has this season become an integral leader of the team, often rallying the troops, and he has even captained the side at times.

Because of his dominant displays last Autumn, Napoli cam begging him to join their Scudetto chase in January, and after pondering what to do for a week, he politely declined their offer. This caused havoc across Serie A as people suddenly saw that football could still provide moments of romance. Verdi was awarded the captaincy of his side in the following game, and after a short stint on the sidelines with an injury in February, he continued to dominate for Bologna.

The midfielder arrived on a free transfer from AC Milan last summer, and expectations were high for him to perform right away. After excelling at Sampdoria he went to play for Milan, but he never managed to replicate his performances from the time in Genova. Still, when he arrived in city of the two towers last summer, the feeling was one of excitement.

Poli very much managed to live up to this. He has become an integral part of Bologna’s midfield, often playing to the right of the midfield-three. Hard-working, a good passer, and also a leader on and off the pitch. He grew into his role during the season, and it would come as no surprise if he becomes Bologna’s captain some way down the road.

To choose Bologna’s best young player of the season was no easy task. We set an age limit of 22 years, and that excluded the likes of Federico Di Francesco and Ibrahima M’baye. Our choice eventually fell on the young, Nigerian striker. He went out on loan to Brescia and Serie B in January, but before that he managed to score three goals for the club, including the crucial, late winner against Sassuolo. He is therefore our pick for young player of the season.

This award could go to no one else. The Chiliean has been incredible this season in midfield. Without him, large holes were apparent in midfield, and with him in the side, the opponent got it very difficult playing through the lines. The area where he perhaps has improved the most is his recklessness. Previous seasons, he has often accumulated too many cards, and often continued to play at high risk even when already booked. This was not the case this season, and Pulgar was the closest competitor for Verdi to the player of the season award.

There could not be any other game. 2-0 up at half time against a team which at that point were full of confidence having just beaten Juventus. As Vasilis Torosidis was expelled on the brink of halftime, one could worry that a comeback was in the cards, but that never happened. Sampdoria did not create much throughout the game, as the central defence pairing of Domenico Maietta and Sebastien De Maio nullified the threat of Duván Zapata. The midfield worked relentlessly to deny Lucas Torreira any room, whilst Bologna were ruthless going forward. As Okwonkwo put the nail in the coffin after 73 minutes, the air went out of Sampdoria.

Verdi had the most candidates to this award, and eventually won out with the goal that gave Bologna the lead against Inter, and eventually made sure that Bologna were the first side of the season that took points against them. Check out the video below to see the goal, starting from the 1:02 mark.

That concludes our awards of the season. Do you agree with our choices? Let us know in the comments down below!