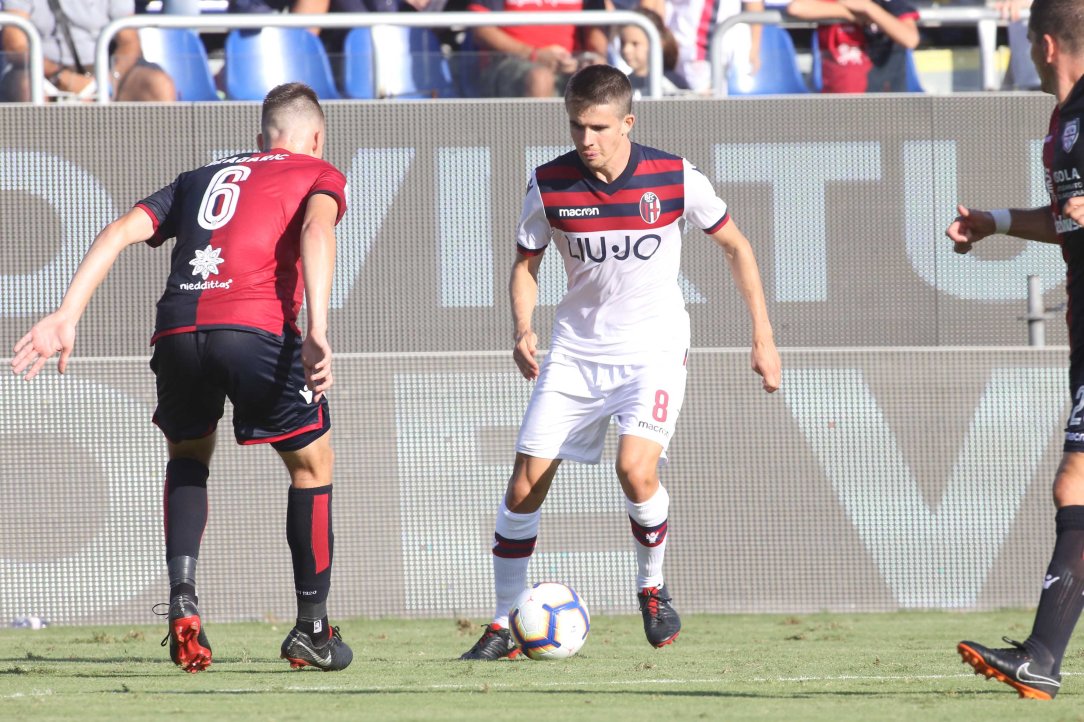 Cagliari 2-0 Bologna: Back to the drawing board for Inzaghi

One step forward, two steps back. That’s how it seems for Bologna these days. What a difference a week makes. The fire and enthusiasm that characterized last week’s match versus Udinese seemed all but extinguished after the flight over to Sardinia. What was seen as a chance to really put the 2018-2019 campaign on the right track, and considered a must-win before the start of play on Saturday, quickly became an all-too-familiar zero-goal loss for the Rossoblù. While not completely devoid of positives, the loss to Cagliari means that things really need to change – and quickly – if Bologna does not want to be faced with the struggle all season of avoiding relegation.

A hot, but beautiful day in Sardinia saw much of the same struggles in the opening minutes that hindered Bologna in the beginning of last match. The defence was flat, and the first 20 minutes passed in what was largely unspectacular fashion. Lukasz Skorupski made a routine, but still decent save on a shot in the 20th minute. It was otherwise uneventful, but the fact that Federico Mattiello passed the ball right to Cagliari’s Nicoló Barella, giving him an easy opening to take this shot was a sign of things to come.

Shortly thereafter, in the 22nd minute, Cagliari’s Lucas Castro took a pass down the left side of the field and ran it right past Bologna’s defender Arturo Calabresi. Castro then sent a cross about 5 feet out from the left side of the goal where Joao Pedro had been left wide open for an easy header past Skorupski that gave Cagliari a 1-0 lead. This goal was really a failure of the Bologna defense. As Castro’s cross sailed over his head, Danilo could be seen looking back to see where the closest Cagliari player was. When Danilo found him, the ball was already in the back of the net.

Bologna’s frustration became more apparent after this. The defence started playing more rough, and both sides’ fouls became more sloppy. Blerim Džemaili was upended on a hard play in the 25th minute that resulted in a yellow card for Cagliari’s Fabio Pisacane. Federico Santander showed a lot of heart and hustle fighting for the ball, but even then, the team almost gave up another goal on another header in the 31st minute that fortunately sailed just a bit over the crossbar. Under the circumstances, had this one gone in, it truly would have been a crushing blow, even with another hour left to play. Things got a bit ugly after that, as Santander took a flying hand to the face, Džemaili got into a bit of an altercation with the already-booked Pisacane, and Mitchell Dijks was given a yellow card after crashing into a Cagliari player going for a goal kick. The Bologna defence tightened up and played noticeably better in the last five minutes of the half, and Santander tried for a long header two minutes into extra time, but that was about it for positives in the first half.

The second half started with coach Inzaghi making a substitution, putting Ladislav Krejci in for Dijks. Krejci immediately made his presence felt, creating an opportunity in the 49th minute that Falcinelli sent just wide of the post, and again two minutes later. Adam Nagy had a nice attempt in the 59th minute that would have equalized, but it was saved by the fingertips of the Cagliari keeper.

At this point, with a half hour left to play, Inzaghi put in last week’s hero Riccardo Orsolini. This week there was to be no magic though. While Bologna’s quality of play in the second half was much better than the first half’s, they just couldn’t get in control. It would have been worse had it not been for a couple of really great saves by Skorupski – one in the 62nd minute, an one on the resulting corner kick immediately after. Eventually, Cagliari put one by him, however, with Castro again sending a cross that Leonardo Pavoletti headed in from very close range.

The score stood at 2-0 and that’s where it would end. There would be a couple more opportunities for Bologna. In the 72nd minute, Krejci would cross one to Džemaili who would have scored were it not for a wonderful save by the Cagliari keeper. And in the 79th minute, Orsolini sent one into the box that Santander just couldn’t get his head on. That was it, and Bologna went down again, failing to come away from the match with any points.

Krejci and Orsolini need to start. Krejci really needs to be in the starting lineup next week. In a match where the positives were few and far between, Krejci created two of them almost immediately upon entering. Scoring goals has been an issue all season, and so anyone who regularly creates opportunities needs to be playing from the opening whistle. Krejci and Orsolini have both done that. Eventually some of those opportunities will find their way into the goal.

The Bologna players as a whole seem frustrated. No one likes losing – especially when you badly need a win and you are playing a team that everyone expects you to beat. The frustration boiled over a couple of times and in a game that saw six yellow cards issued – one even for a player on the sidelines.  It is clear that Inzaghi needs to find a way to channel his players’ intensity into more productive performances. Yelling at the referee and getting booked, as Santander did at the end of the match, will not put goals in the net.

Skorupski is good. He made a couple of really good saves. He played well, and did not deserve the 0-2 score against him. The two headers that went past him were more a result of poor defending that let Cagliari’s attack get so close.

As mentioned before, the frustration that the team displayed shows that they really care. These are obviously players who want to win. They want to do well for themselves and for their fans. They just need to execute better.

The defence. The two goals Cagliari scored should simply not have happened. Danilo really looked clueless on the first goal. This happened last week against Udinese as well, where the defence looked flat in the opening part of the game. This really needs to change. There is nothing more crippling to a team that is struggling than going down early. The defence showed improvements in the second half last week and this week. If they can do it later in the game, they should be able to do it from the beginning.

I wold say Krejci, but he only played in the second half. So Skorupski gets the nod this week. Why would a 0-2 loss see the goal keeper get a “Best” award? Because Skorupski had some really nice saves that kept the match from becoming truly embarrassing – and the two goals that did get by him were really not his fault.

Back home to take on Torino and then Sassuolo away. Bologna really need to figure out a way to win on the road, so hopefully an Emilia-Romagna derby match will be the place to start.

View all posts by Ryan Landolt