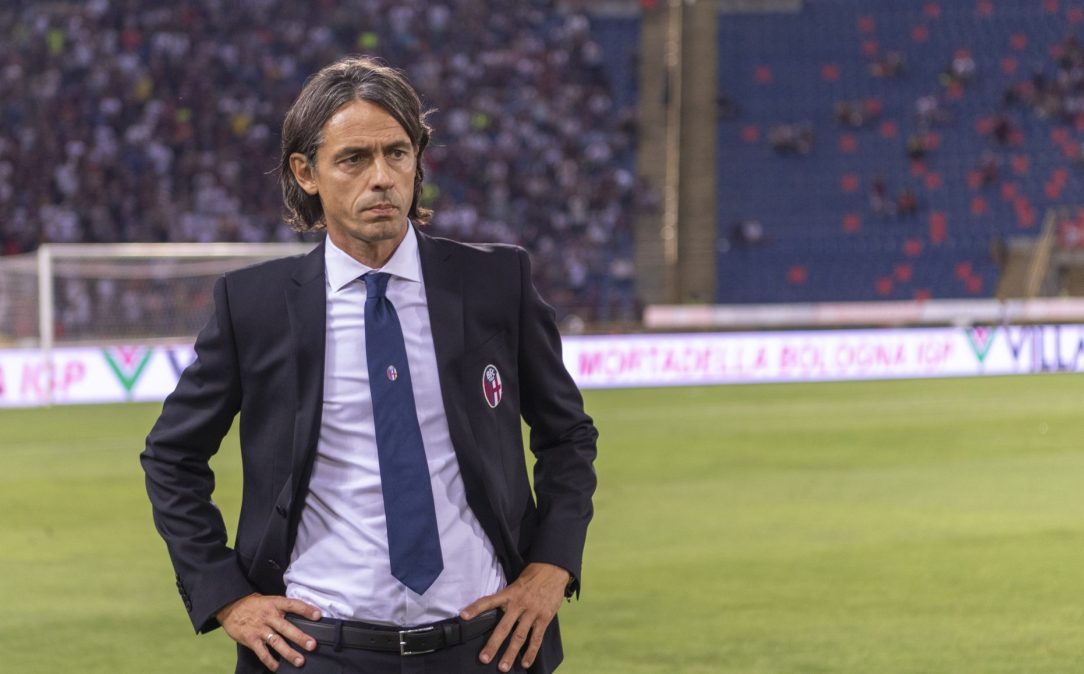 It’s time to get back to the ABCs – the bare basics. Even after bad losses, or draws that should be wins, week after week, it seems like there are optimistic signs for the rossoblù. Perhaps we see what we want to see. But, after this past week, it is safe to say that if Bologna doesn’t turn things around quickly, they very well could be getting back to ABCs like Ascoli, Benevento, and Cremonese.

Sporting the newly-selected third jersey, Bologna was hoping for their first road win of the season. Chievo had not taken a lead in any game all season, and it looked like that streak would continue when Federico Santander headed a clumsy pass that more often than not would have been called offside. That actually was the original call, but after a video review the goal was allowed to stand. It was the third consecutive match that Bologna pulled off a goal in the opening minutes. In fact, in the first ten minutes of play, Bologna was without a doubt the stronger side. Santander hustled hard to get a corner kick right before his aforementioned technology-aided goal, and in the 12th minute, Rodrigo Palacio fought through multiple defenders, but the Chievo goalkeeper made a nice save and Džemaili eventually sent the ball over the crossbar.

Chievo’s frustration started to show at the 15th minute when Mattia Bani flattened Erick Pulgar with a tackle. But that all changed in the 19th minutes when Arturo Calabresi was shown a yellow card for a hand ball in the box that led to an equalizing penalty kick by Riccardo Meggiorini. The spirit of the rossoblù was dealt a serious blow at that point, and Chievo could have easily had another goal in the 28th minute when Bologna’s keeper Skorupski came out to claim a ball but ended up crashing into his own teammate Arturo Calabresi and Chievo’s Mariusz Stepinski. Fortunately, nothing came of it.

In the 30th minute, Bologna showed a little life, with a good pass from Pulgar opening up an opportunity for Santander to cross to Palacio. This resulted in a Bologna corner, but again, nothing came from it. After an exuberant initial ten minutes, Bologna fans were back to a more familiar 2018 mood and just hoping to get through the half so their team could reset and come out stronger in the second half. That was not to be, however, as an offline Chievo attempt at a bicycle kick was tapped into the back of the net by Joel Obi in the 45th minute. Chievo, for the first time this season, had a lead, and Bologna had the ignominious designation of being the team that allowed it to happen.

The second half started with Coach Inzaghi making two immediate substitutions. Andrea Poli came in for Džemaili, and Riccardo Orsolini came in for Calebresi. More on this later.

The beginning of the second half was a bit of a drab affair. Bologna almost gave up a third goal in the 50th minute, and Mattias Svanberg had a chance in the 53rd, but sliced it wide to the right. A legitimately exciting moment came in the 56th minute when Ladislav Krejci lofted a great cross in front of the the goal, and Orsolini aggressively but nimbly jumped into the fray and sent an authoritative header into the back of the net. Bologna had tied it 2-2, but they still needed another goal to come away feeling any sense of accomplishment.

The middle part of the second half saw a bit of action as both teams were fighting for survival and playing for pride. Chievo had a legitimate chance to get their season point total to a non-negative number, and for Bologna, if they can lose to the likes of Chievo, will rightfully have to be worried about the threat of relegation in the coming weeks and months.

In the 61st minute, Orsolini sent a cross just too far and into the arms of the Chievo keeper. The 66th minute saw Santander attempt a header, and in the 69th minute Orsolini got Bologna fans hopeful for a second by going for goal on a curving free kick that required another very good save by Sorrentino the keeper.

This was basically it for Bologna’s chances. By the 86th minute, Inzaghi had probably resigned himself to a best-case scenario of one point. Chievo almost shocked the hometown and away fans alike and would have scored had it not been for a masterful slide by Mbaye to block a shot and a great Skorupski save in rapid succession.

One last threat from Chievo in extra time was blocked by Orsolini. Yes, he even defended well.

Things are worse than we expected. When the early season four-game goal drought was put behind us, many positively-minded fans thought things were looking up when the team was able to beat Roma 2-0. Since then, however, it has become clear that Bologna didn’t win that match – Roma lost it.

To go into a match against a team that is winless, with negative points in the standings after more than two months, and not be able to dominate them shows that Bologna’s glaring weaknesses require more than just game-time experience to fix.

And so to the point alluded to before, one huge question comes to mind after this sad draw. Why is Riccardo Orsolini not starting and playing 90 minutes? Orsolini NEEDS to start the next game. He is a playmaker. He is aggressive. He is young and enthusiastic and he is quickly becoming a fan favorite. He makes things happen on the pitch and Inzaghi needs to realize this immediately and pencil him into his lineup accordingly.

Again…not a whole lot. One positive is the two goals scored. Two goals are often enough to win, so if Bologna can average two goals per match, they should eventually start winning some games. Of course, that may not be possible with the current Bologna defense, but that is all the more reason to attack all-out with the likes of Santander, Palacio, and Orsolini in the lineup at the same time.

Another positive is that Skorupski played another fine game at goal keeper. There is only so much he can do, but at least he is a net-positive for the team and allowing them to stay close in these games.

Bologna didn’t win! It’s as simple as that. The Ws are what matter. Bologna needs a lot more 3-point outcomes than 1-point outcomes if they don’t want to be at risk of relegation. There are many reasons why a team loses on any given day. Excuses can be given. Patience with the coaching staff can be exercised. But at the end of the day, the coach’s decisions are what make him bear the brunt of the responsibility when the Ws are lacking. And so coach Inzaghi had better start playing the players who are actually performing for him. Orsolini needs to play. He needs to start next time.

Riccardo Orsolini. I don’t mean to turn this piece into an Orsolini love fest, but he was one of the few bright spots on Sunday, and without him – even just his 45 minutes – Bologna almost surely would have lost. He scored the equalizing goal and redirected a possible winning one in extra time. He gets the honors for best Rossoblù on this occasion.

A week off for international play and a time for reflection. Next up on November 25th, Bologna return to Dall’Ara to take on Fiorentina and then away at Sampdoria. Both will be tough matches and if Inzaghi wants to come away with more points – and more job security – the coach and players alike had better be at the top of their game.

View all posts by Ryan Landolt